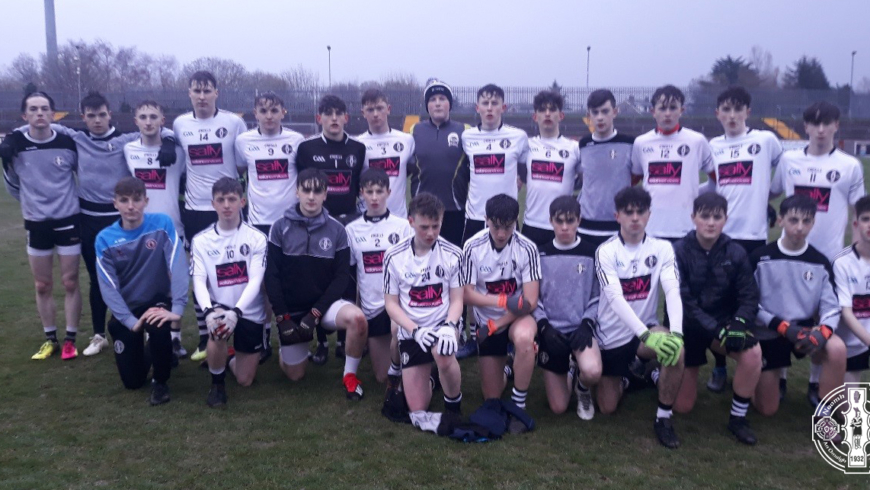 Omagh 1-12 v Errigal Ciarán 0-06
Our minors returned to action on Tuesday night for their second league game of the season following their opening day win against neighbours Killyclogher. On a poor night for football made even more difficult on a heavy pitch, the boys turned in another solid performance to come away with the points.

Playing against the elements in the first half, Ben Groogan powered through almost from the throw in to open the scoring. The same player repeated the trick two minutes later to double the lead. The visitors opened their scoring tally for the evening with from a free kick after 3 minutes before an excellent long range free from 45 metres saw the teams level. However, this was to be the visitors final score of the half as the St Enda’s lads started to assert control all over the field. A few wasted chances followed for the home side before Alex McElhatton knocked over a lovely score to increase the lead to two points. Brian Og Campbell was next up to split the posts for the home side. A flowing
move by the Omagh boys was only halted by a foul in the large square and Tom Donaghy stepped up to put the keeper the wrong way and finish to the net. A final point by the influential Groogan saw the home team lead at half time on a score-line of 1-05 to 0-02.

The second half started off in much the same as the first as Dan Haigney burst through for another point. This was followed by an excellent score by Fionnbharr Taggart whose influence in the game was increasing and the lead was up to 8 points. Tom Donaghy hoisted over a beauty from way
outfield to keep the scoreboard ticking over and at this point the game was as good as over. Errigal Ciarán continued to battle but any hopes of a comeback were quashed by two quick-fire points by Ciaran McArdle. A pointed free saw the visitors register their first score in almost 50 minutes only to see Groogan go straight up the field and hit back straight away. The visitors then registered their only point from play followed up by a couple of frees. However, the final word was to go to the home team as Cahir Turbett snapped up a loose ball to split the posts.

Overall a strong performance with still plenty to work on, sees the boys with full points after two games.