Disappointment for young Camogs in final 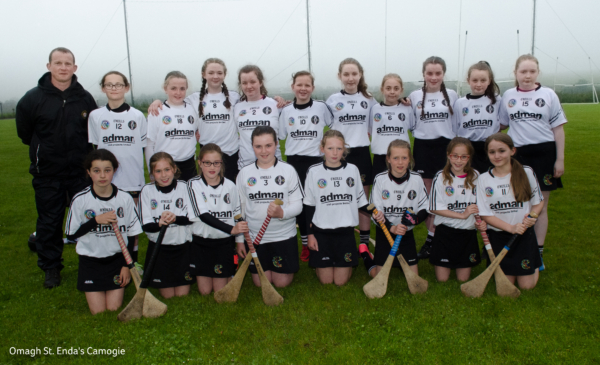 There was heartbreak for our young Post Primary school camogie team on Tuesday evening when they agonisingly lost to Edendork in the Tyrone championship final on the score of 2-2 to 0-6.

The girls who annexed the Tyrone League crown two weeks ago to give the club its first ever camogie title, had been hoping to secure the double and lift the Bridie McMenamin Shield, but a strong Edendork team staged a great second half comeback to upset the odds.

Played in a wet and foggy Pomeroy, the Omagh girls showed great accuracy in the first half to recover from an early Edendork goal to hold a 0-5 to 1-0 lead at half time.

That lead could have been greater had it not been some misfortune in front of goals with the sliotar coming off the crossbar and upright on at least two occasions. And in the second half, those close misses were to prove costly as Edendork found a new confidence.

The eventual winners found the net early in the second half to take the lead and coupled with some stout defending, they were to retain the upper hand as the game slipped on.

Try as they might, the Omagh girls could not get the breakthrough in front of goals that they desperately needed with a solitary point from the inspirational Áine Cunningham – who was named Player of the Final – proving to be their only second half score.

Time eventually ran out and Edendork were to be crowned champions after a close and exciting game that defied the poor weather conditions.

Well done to Omagh’s young starlet Áine Cunningham who was named Player of the Match. 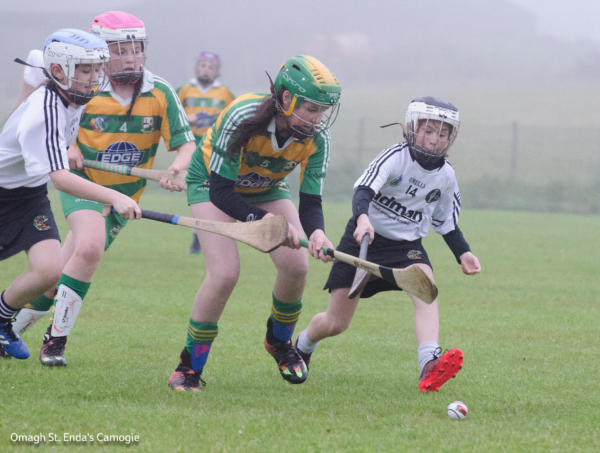