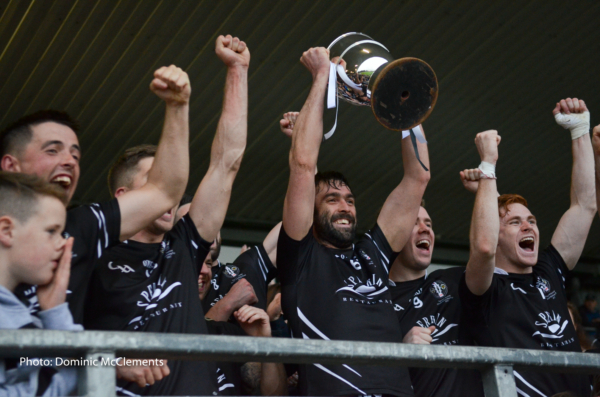 Three points each from Ronan O’Neill, Conan Grugan and Connor O’Donnell saw Paddy Crozier’s side through.

But Errigal will reflect on a missed Peter Harte penalty in the first half.

In the match at Healy Park, both sides had goal chances in the opening stages.

Omagh’s Cormac O’Neill had a shot cleared off the line by midfielder Ben McDonnell, and at the other end, Peter Harte’s superb pass sent Ronan McRory in, but he was denied by a superb Niall McGinn save.

Omagh pushed into a 0-3 to 0-1 lead with scores from Connor O’Donnell, Conan Grugan and Ronan O’Neill, after Peter Harte had given Errigal an early lead.

The Tyrone star’s first minute point, however, was to be his side’s only score of the opening half.

Errigal Ciaran were awarded a penalty for O’Neill’s foul on Mark Kavanagh in the 21st minute, but Harte sent his kick against the base of a post.

The St Enda’s survived and started to press confidently from deep, with Barry Tierney and Conor Meyler making ground.

But Errigal started the second period with greater intensity, narrowing the gap through Harte, who scored from play and a free.

Joe McMahon responded by driving through the middle for a terrific score, and when Peter Og McCartan and Omagh full-forward Connor O’Donnell traded points, the St Enda’s still led by three heading into the final quarter.

Errigal were reduced to 14 men when Eoin Quinn, who had already been booked, was black-carded on 49 minutes, as O’Donnell delighted the home crowd with another spectacular score.

Substitute Darren Canavan and Harte pulled back scores for Errigal, but Omagh had massively effective performers in Grugan, Tierney, Meyler and O’Neill.

Harte fired over another score, followed by a Ryan Lynch free as the gap was trimmed to two in stoppage time, but Omagh held on

Check out our full range of photos from the 2017 county final here: