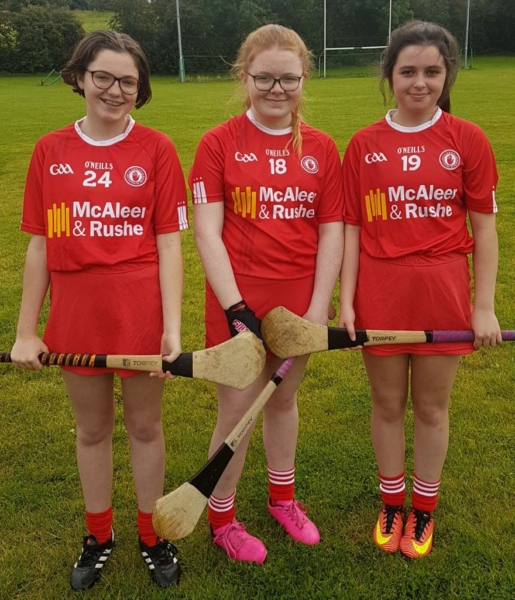 No fewer than 17 youth players from the club wore the Tyrone jersey with pride today when they represented the club and county with distinction at various Ulster and All-Ireland Camogie and Hurling events.

In Camogie, Ailís Keyes, Claire Breen and Ellen McGirr (pictured) had the honour of being part of the Tyrone U14 panel to take part in an Ulster blitz at Granemore in Armagh.

In Hurling, Cormac Taggart, Paul Donnelly, Ryan McCaughey, David Corry were all members of the Tyrone U16 team to play at an All-Ireland competition in Westmeath, while nine members of our U14 team played in national competitions in Monaghan and Dublin. Well done to everyone.

The full list of Omagh players in action today were as follows. U14 Camogie – Ailís Keyes, Claire Breen and Ellen McGirr.