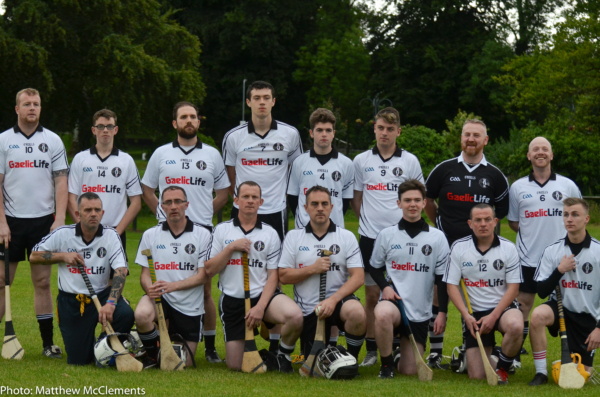 Almost two decades have passed since we last played our neighbours Killyclogher in a senior hurling match, so Tuesday evening’s (4th July) official league game in St. Patrick’s Park was always going to be a tense affair in the battle for local bragging rights.

Despite being understrength through injuries and holiday absences, the St. Enda’s men came away with the honours but only one point separated the teams at the end of an exciting affair, 2-5 to 1-7.

Two early goals from full forward Damien Woodhead who also had a third disallowed, paved the way for victory and with Ciaran Lagan showing great accuracy from frees and Jack McGirr finding the range, the home team led 2-3 to 0-4 at the break.

Killyclogher had the greatest share of possession in the second half and will regret a series of wides as they pulled the game to within a point thanks to a goal in the final quarter.

Yet credit goes to the St. Enda’s boys who defended valiantly when the pressure was on with all players putting their shoulder to the wheel to make some critical clearances when it counted.

At the opposite end, they came close to finding the net again with Shane Duddy desperately unlucky to see his effort hit the cross bar in the closing minutes but their combined efforts was just enough to see them over the line at the end of the hour.

Well done to everyone for a great effort which kept spectators entertained throughout. 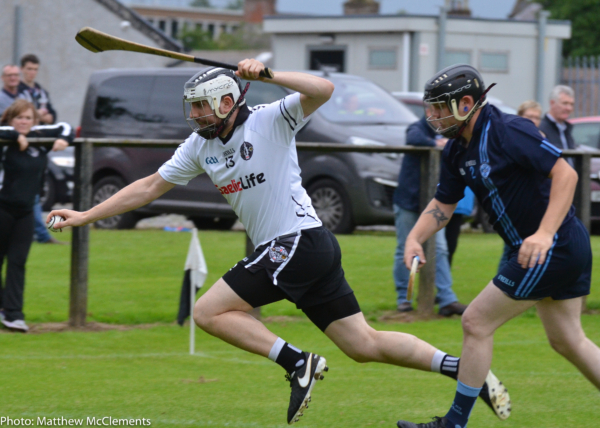