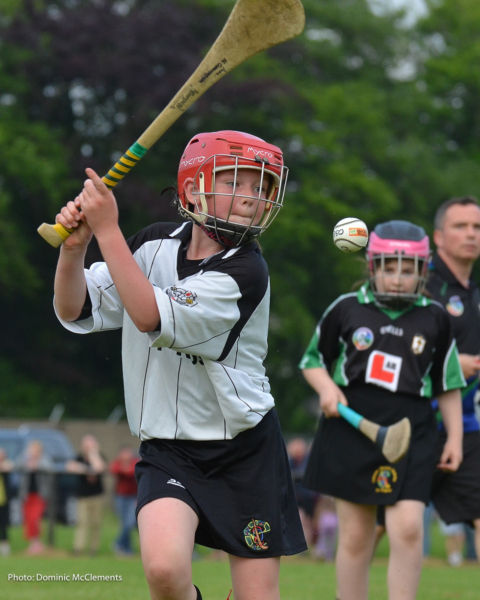 Aíne Cunningham who will represent St. Enda’s at Tyrone in Croke Park this Sunday and Monday.

St. Enda’s camogie players are set to take Croke Park by storm this Sunday and Monday.

On Sunday, 10-year-old Aíne Cunningham, daughter of Kevin and Ann, will enjoy the chance of a life time when she represents Omagh and Tyrone in the half-time mini-games at the All-Ireland minor and senior hurling semi-finals. Aine was selected following local Cumann na nBunscoil skill tests earlier this year and will now get the chance to play along with other top players from throughout the country during the exhibition games.

Aíne will again be in action on Monday with our U12 Post Primary team which will take part in the ‘Camán to Croker’ Day where they will play three games against Round Towers of Dublin, Castlebar of Mayo and St. Paul’s of Antrim.

It is indeed a great honour for the St. Enda’s players to take part in this All-Ireland event and is just reward for their great efforts in only their first year of competition. The girls will set off on Monday morning and will also experience a tour of Croke Park before taking to the field later in the afternoon.

Orlagh Lagan, who is a key member of our minor and senior ladies football teams, has also been chosen to referee some of the camogie games. Well done to everyone on their achievements. 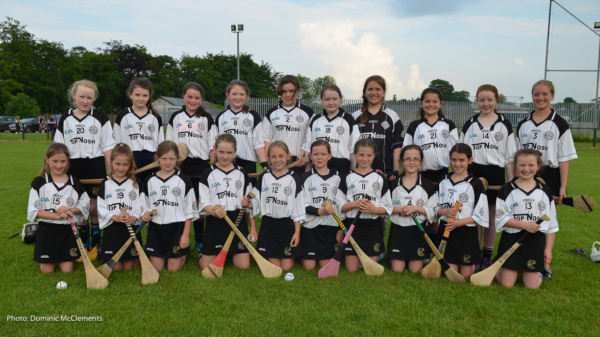 The St. Enda’s U12 camogie team which will take part in the ‘Caman to Croker’ Day in Croke Park next Monday.