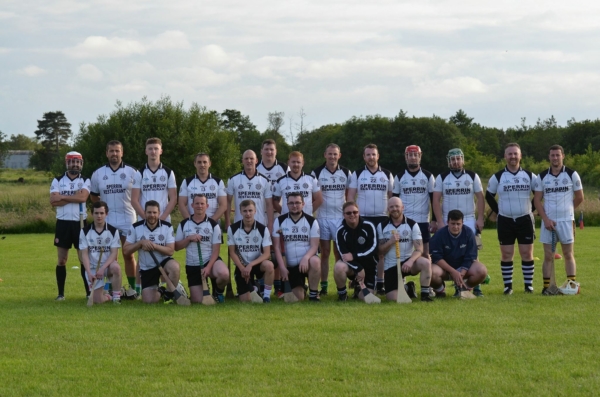 The senior hurling team which helped bridge a 14 year gap

It is 14 years since senior hurling was last played in Omagh and on Monday evening past that gap was bridged when a team in Omagh colours took to the field against Naomh Colum Cille in the opening round of the Tyrone league.

Despite losing, the result was immaterial to the team comprising of several former St. Enda’s players and former hurlers from neighbouring clubs, with the core objective in providing a pathway for current minor hurlers to senior hurling in the months and years ahead.

Well done to everyone who took part and best wishes in the weeks ahead.

More photos from the 2016 inaugural game on our Photo Gallery.