Home » Memorable weekend for U14 hurlers at Féile na nGael

Memorable weekend for U14 hurlers at Féile na nGael 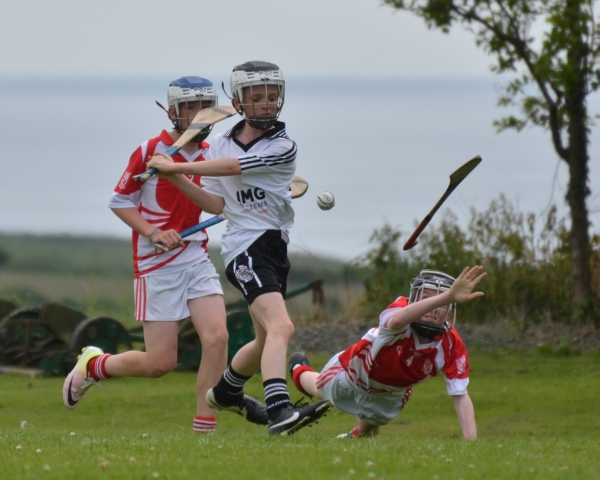 Having qualified for the 2016 All-Ireland Féile na nGael after winning the Tyrone Shield title in April, St. Enda’s U14s had a memorable trip to Waterford/Tipperary for the national finals from the 17th to 19th June.

The boys set off from Omagh at an early hour on the Friday morning, stopping off with Barrow Rangers in Paulstown, Co. Kilkenny for refreshments and for a light warm-up game against the local boys who visited Healy Park in 2014 for the Ulster Féile. After making the onward journey to Ferrybank in Waterford City, the boys got their official Féile campaign underway when they played Eoghan Rua of Coleraine and the local Ferrybank team in their first games.

Despite losing in both games, the boys produced an inspirational performance in their final match against the Waterford club to give the large travelling support plenty of cheer and encouragement.

The boys were back in action on the Saturday morning when they met their hosts, Stradbally, in their third group game. With the sun beaming down and the Atlantic glistening in the background, the Stradbally GAA grounds proved to be an idyllic setting for what was to be a hectic but highly enjoyable second day of Féile action.

For the large number of spectators in attendance, including a big St. Enda’s entourage, the game proved to be a tremendous affair. The home side got off to a flying start and looked to be running away with the game, but the Omagh boys turned in a fantastic second half of hurling to come within a point. In the end, four points separated the teams but the St. Enda’s boys earned many new admirers for their standard of hurling and great determination.

In the afternoon, the St. Enda’s boys then had to make the journey to Cappoquin where they met Castleblaney in the quarter-finals of the Shield competition and despite entering the game on a high, the two days of travelling and intense action eventually took its toll with the Monaghan boys running out rather comfortable winners.

Castleblaney and our hosts subsequently met in the Shield final in the village of Golden in south Tipperary, with the Ulster boys subsequently taking the overall title in a tough game.

After a highly enjoyable Saturday evening in the Stradbally club, the team and supporters departed on Sunday morning to travel to Golden to support our hosts in their final before travelling onwards to Thurles for the Munster semi-final between Limerick and Tipperary.

However prior to their departure they received a special VIP visit from Waterford’s three-time All-Star winner and Stradbally senior football captain, Michael ‘Brick’ Walsh. This was a truly inspirational moment for our boys with ‘Brick’ demonstrating all the personal qualities that has made him one of the country’s most respected players. He even presented our club with one of his prized hurls that he has used in this year’s Munster campaign and his 2015 Munster final shirt.

The St. Enda’s boys have, most importantly, secured a wrath of new friends in their young Stradbally counterparts and Féile 2016 will undoubtedly have a character-shaping influence on their young lives.

Many thanks to the Stradbally club for their exceptional hospitality over a memorable weekend. All the boys will return home tired but inspired and no doubt the experience will help make them even better club men in the future.

On behalf of the team mentors and officials, the club would also like to thank the large number of family members who also travelled to Waterford for the weekend to support the boys. We are truly blessed to have such enthusiastic and committed members who are a credit to our club and County. Thanks also to those who sponsored the team and who supported us in all the fund-raising activities over the past month. Without your help, the event would not have been as successful as it was.‎

See a full range of Féile photos on our Photo Gallery –

Day one – Games against Ferrybank and Eoghan Rua of Coleraine 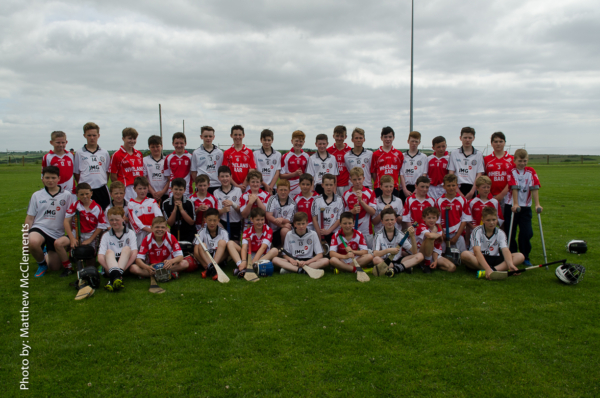