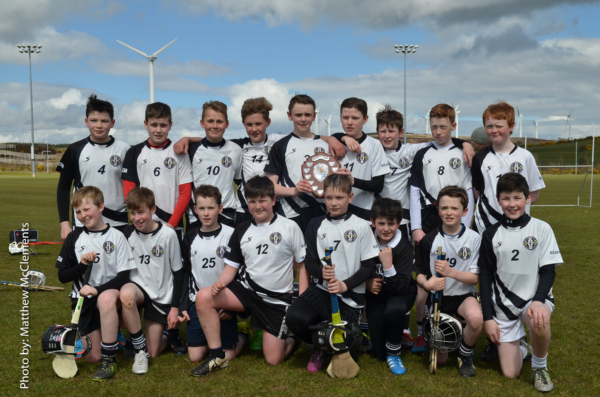 Tyrone Feile Shield champions for the third year in a row

Well done to our U14 hurlers who won the Tyrone Feile Shield title for 2016 in Garvaghey today (Sat) and qualified for a place in the All-Ireland Feile na nGael finals in Waterford from the 17th to 19th June. They will be hosted by Stradbally GAA.

This is the third year in succession for the club to win the Tyrone Feile Shield title but after hosting teams from Kilkenny and Tipperary for the past two years, the boys will get a reward of travelling to Waterford to experience the Feile. Seven of the current team are still U12 so their success at today’s Tyrone finals is extra special.

Despite victories over Naomh Colum Cille and Cappagh, the boys lost to Shamrocks of Strabane in the qualifying stages but the two teams met again in the Shield final where this time the result was reversed.

Anyone who would like to contribute to a fund raising campaign which is due to be launched in the coming days to help cover the cost of the June trip to Waterford, should contact Dominic McClements 07725351643 or Ciaran McDaid on 07729 378421. All assistance will be greatly appreciated.

More photos on our Picture Gallery 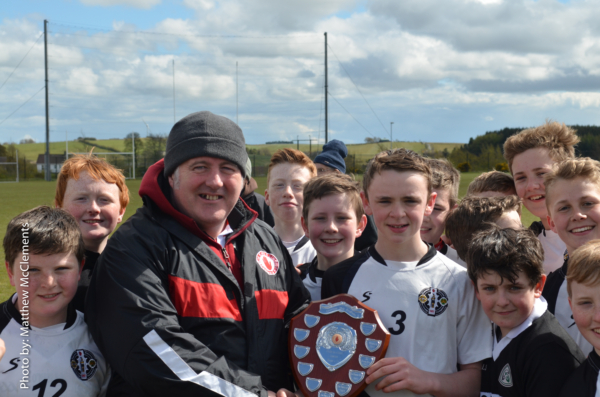