Home » Seniors bow out of 2015 championship

Seniors bow out of 2015 championship 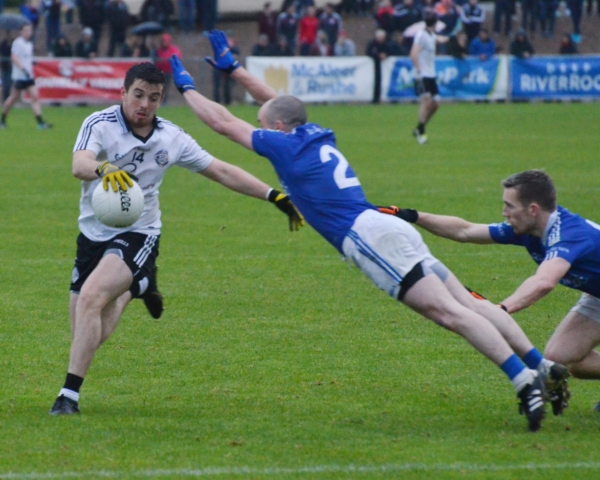 There was disappointment in Carrickmore on Sunday evening as our seniors relinquished their 2014 crown in a dogged battle with Dromore.
Played in dull, wet conditions, the St. Enda’s men never managed to find the kind of form that powered them to the county title last year, with Dromore grinding out a deserved 1-10 to 0-7 victory.
The St. Dympna’s led 0-9 to 0-4 at half time and although they were held to just one point in the second half, they killed off the game with a late goal to leave six points in it at the end.
The focus will now be on the concluding stages of the All County League but a great big thank you to all our boys who gave us a 2014 to remember. We will be back!