U14 hurlers in thrilling championship game 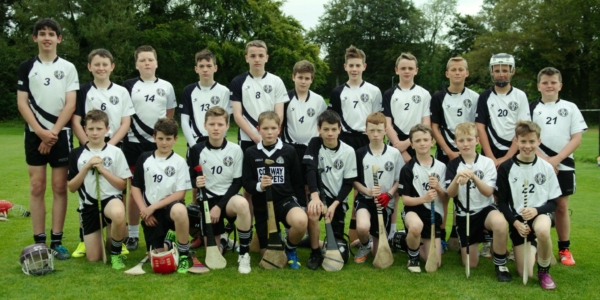 A truly fantastic U14 Hurling Championship quarter-final game ended all square after a see-saw battle at St Patrick’s Park on Wednesday evening. A brisk start by the Carmen lads saw them move into a 3 point lead which was quickly wiped out by a goal for the Omagh boys. This gave the home team great confidence and they moved into a 3-3 to 1-6 lead 10 minutes before the break.

With first attack of the second half Eire Og found the net again and looked set to take control. The teams swapped a couple of points before the Omagh boys struck for two goals inside 2 minutes and moved in front by 2 with a Tom McClement’s point. Éire Óg struck back immediately to move back into the lead and with 15 minutes to play 4 points separated the teams. Omagh then struck for two more goals including a stunning effort by Tom McClement’s that would have graced any field.

Again the Éire Og lads fought back to level the game. With 3 minutes to go, great battling by Fionnbharr Taggart saw him fouled leaving an easy free for Jordan O’Reilly to put Omagh a point ahead. The Omagh lads then staged a brilliant rearguard action before unfortunately giving away a free in the scoring zone which was converted before the final whistle sounded.

Some absolutely brilliant performances throughout the field including goalkeeper Jakub Krawczyk who made a number of excellent saves and Ben McFarland who scored a hat trick of goals.

More photos on our Photo Gallery.