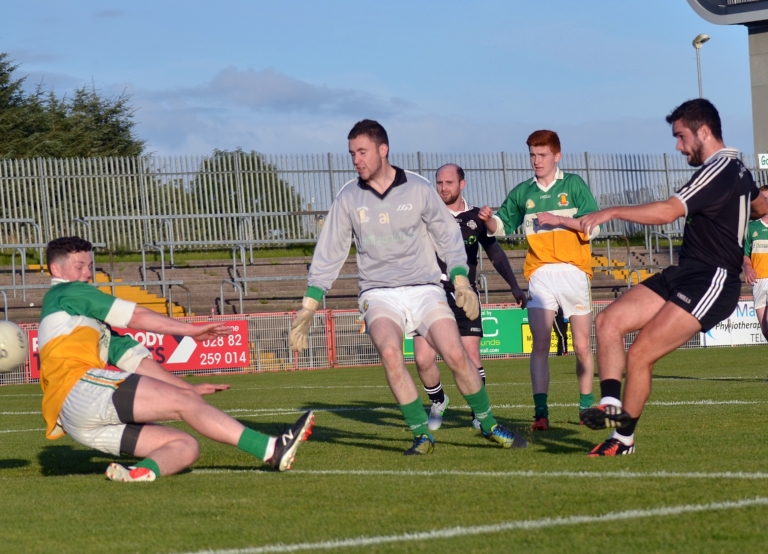 Rory McBride slots home a first half goal for the Reserves on Friday night.

St. Enda’s Reserves progressed to the next stage of the championship with a six points victory over Carrickmore at Healy Park on Friday evening.

In a tighly fought contest it was Carrickmore who did most of the early running to take the lead before a 22nd minute goal from Rory McBride levelled the match at 1-3 to 0-6.

A flurry of points from Stevie Mullan, Rory McBride and Mickey Gallagher helped to turn the tide before the break to set up a 1-6 to 0-6 lead.

As in the first half, Carrickmore started the second half the strongest and found the net six minutes after the break to level the game at 1-7 apiece.

Shortly after they took the lead again but the Omagh boys found top gear entering the final quarter when they struck over eight unanswered points in a row to seal a decisive victory in the end.