By Kristina Sat 23rd May 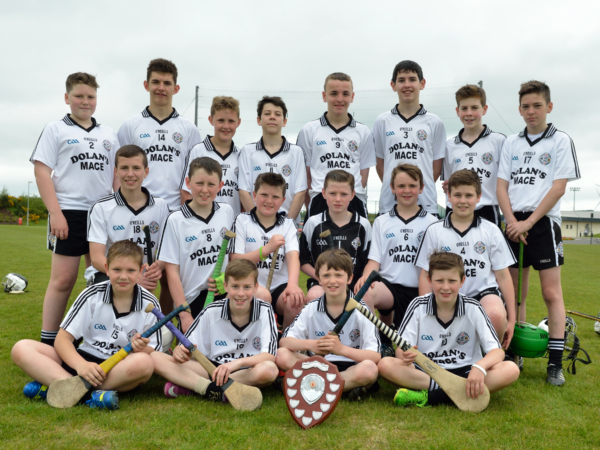 Congratulations to the U14 hurlers who secured the Tyrone Féile Shield title on Saturday for the second year in succession.

During a busy day of hurling at Garvaghey, the boys played Carrickmore, Killyclogher, Naomh Colm Cille and Dungannon during a series of blitz games. In their final stage game the boys narrowly lost to Naomh Colm Cille, thus depriving them a chance of appearing in the Cup final.

However in the Shield decider they produced a whirl-wind first half performance against a fancied Carrickmore team who had already beaten them in the first game of the day. and by the end of the decider to took the crown with a decisive 7-2 to 2-1 against the Carmen kingpins. Well done boys.

The team – seven of which are still U12 – will now prepare for the All-Ireland Féile na nGael finals to be held in Ulster again from the 19th to 21st June. We will host South Tipperary team St. Patrick’s of Drangan and Cloneen

Results of the day were –

Further photos on our Photo Gallery