Home » U14 girls lose out in extra-time

U14 girls lose out in extra-time

By Kristina Tue 19th May 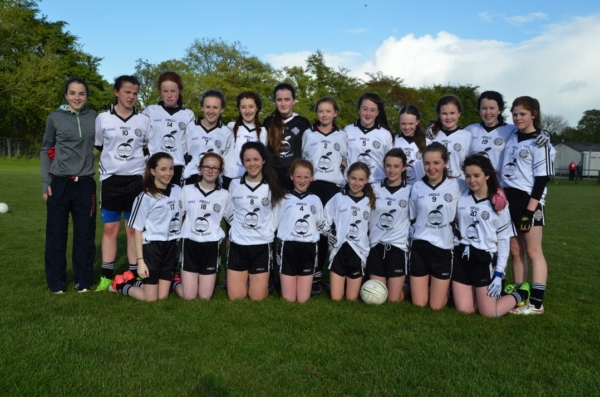 St. Enda’s U14 girls team which lost to Strabane in the championship

Hard luck to St. Enda’s U14 girls team who agonisingly exited the Grade 2 Tyrone Championship this evening following an extra-time encounter with Strabane.
The St. Patrick’s Park contest was a closely fought affair with two late goals in the final half of extra time edging Strabane to victory.
St. Enda’s got off to a great start with an early goal helping them to a 1-2 to 0-1 lead at half-time.
Strabane piled on the pressure in the second half but some great defending by the St. Enda’s girls repeatedly denied Strabane a major breakthrough. However the visitors tacked over crucial points and ten minutes from the end they took the lead through a penalty goal but within minutes Omagh equalised to force the game to extra-time on the score of 1-4 apiece.
Strabane scored the only point in the first half of extra-time to take the lead again but they drove home their advantage in the final period with two goals that virtually killed off the contest.
The St. Enda’s girls fought bravely to the end however and added two points of their own but it was not enough to overcome the visitors who now progress in the championship.
Despite the disappointment, the girls should take some heart from their committed and brave performances all over the pitch. 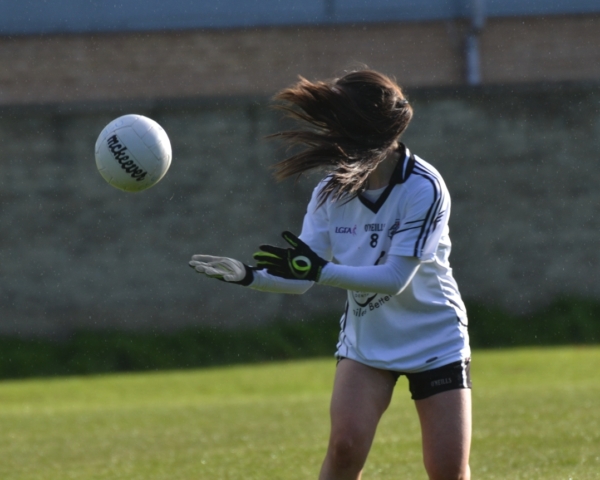 ‘I can’t see…” Action from the girls U14 championship game at St. Patrick’s Park. More photos on our Photo Gallaery 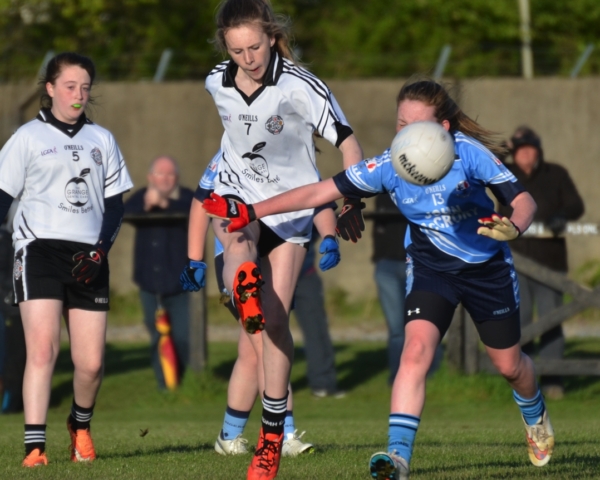