Home » Summer Cycle is back – two-day journey planned for September

Summer Cycle is back – two-day journey planned for September

Great Memories…Our 2012 cyclists at Healy Park. Another two-day event is now planned for this September.

THE popular Omagh St. Enda’s cycle summer cycle is set to return in 2015 with a two-day trek from Omagh to Donegal town on the cards for September.

The 90 mile journey will involve an overnight stop in Donegal town on Saturday 12th September, before returning to Omagh on Sunday 13th September via Pettigo….and just like all previous cycle events at St. Enda’s, it is open to cyclists of all abilities.

The fundraising event which has traditionally been used to assist the development of youth facilities at the club, while also contributing to a local charity, has always been popular with club members and particularly the parents of our young players. Previous cycle events commenced with a one-way trip from Bundoran to Omagh before climaxing with our spectacular cycle from Galway in 2011.

An invitation is now extended to the parents of our youth players and indeed all club members and their friends to join us for the September journey from Omagh to Donegal town and back. 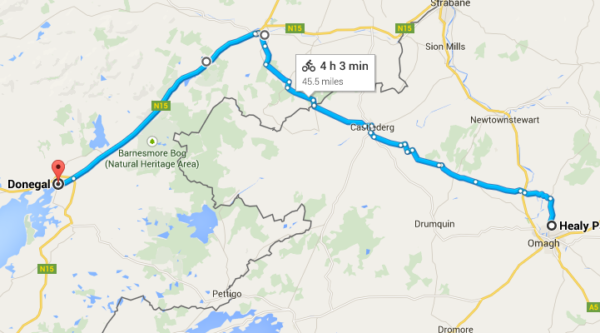 There will be two opportunities to sign up for the cycle next week on Wednesday 22nd and Thursday 23rd April from 8pm – 9pm in St Enda’s Clubrooms.

With an overnight stop planned for the Central Hotel in Donegal town on Saturday 12th September at a special rate of £42 for Bed and Breakfast, it is vital that anyone taking part in the cycle pays for their room at one of the two Registration Nights. A limited number of rooms will be allocated on a first come basis and must be reserved by next week. 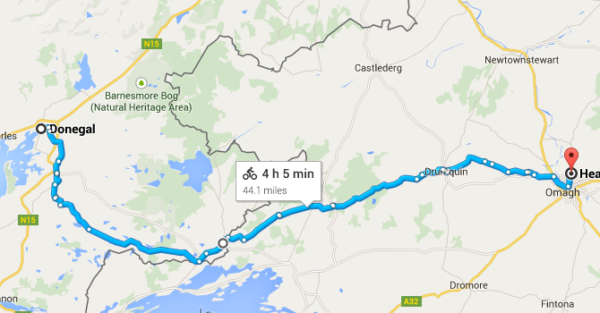 Everyone taking part in the cycle will be encouraged to raise at least £100 in sponsorship – that’s just over £1 per for every mile of the route which starts and finishes in Healy Park.

If you have not cycled before, do not worry. A series of regular training sessions will be organised over the summer months and the emphasis will be on having fun and completing the sessions together…no-one gets left behind!

For further enquiries, please contact Justin McClements (07711 735745) or Tony McElhatton (07546 209614). Further information will be available at the Registration Nights.