Well done to the U16 A team who secured a vital point in the league this evening when they drew with Dromore on the scoreline of Dromore 0-14, St. Enda’s 2-8. The St. Enda’s boys staged a great second half comeback after trailing 0-10 to 0-3 at the break.

Two goals from James McGirr and Ronan Clarke put them on the road to recovery and indeed could have snatched a win but Dromore scored a late equaliser. This leaves the boys on course to make the league quarter finals with 3 home games remaining (Owen Roes, Killyclogher & Galbally). Next game home to Owen Roes on Thurs 5th Sept. Throw in 7pm. 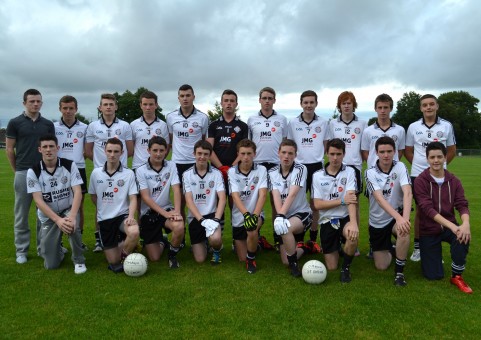 St. Enda’s U16A team which drew with Dromore in the league