It was a bad day at the office for St. Enda’s as Clonoe reversed last year’s first round championship result in Dunmoyle with a convincing 3-9 to 1-8 win. 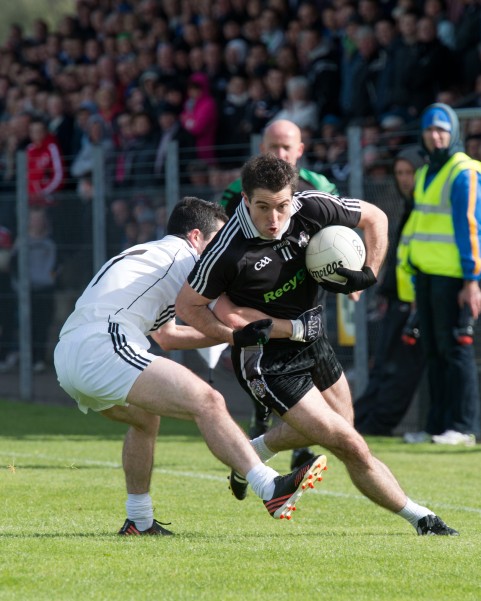 Playing with a near gale force wind on their back in the first half, Clonoe got off to a flyer with an early goal. However Ronan O’Neill struck for a goal moments later on six minuts to make it 1-1 apiece. From there to the break Clonoe dominated to open up a 1-8 to 1-4 lead with Ronan O’Neill scoring 1-3 and Conan Grugan 0-1.

Despite the backing of the gale for the second half, Omagh struggled to make a breakthrough and it was Clonoe who managed to pick off crucial scores, despite being reduced to 14 men.

Things went from bad to worse for Omagh, and two goals from the Clonoe penalty spot were to kill off any hopes of a comeback. Try as they did, St. Enda’s couldn’t breach the Clonoe defence with only Ronan O’Neill and Conan Grugan on the mark.