St. Enda’s seniors were forced to dig deep in the closing stages of this evening’s All County League Division 1 game with Clonoe in Healy Park with Jason McAnulla securing a draw with a late, late equaliser.

A goal from Ronan O’Neill just before half time capped an excellent first half performance by the home team as they led by eight points at half time, 1-8 to 0-2.

However, Clonoe proved to be a totally difference side in the second half and they rallied strongly to cut into St. Enda’s lead. The real turning point came late in the game when Clonoe slammed home 2-1 in quick succession to take the lead 2-7 to 1-9 with minutes remaining. Ronan O’Neill then levelled the game from a free but Clonoe struck back again making it 2-8 to 1-10.

One minute into injury time, Jason McAnulla stormed through to score a crucial equaliser and while Clonoe were awarded a free moments later, their long range effort fell short and the St. Enda’s defence held tight to clear the danger.

Sadly in the preceding Reserve match, Clonoe scored a goal in the 58th minute to seal a six points win, 1-10 to 0-7. 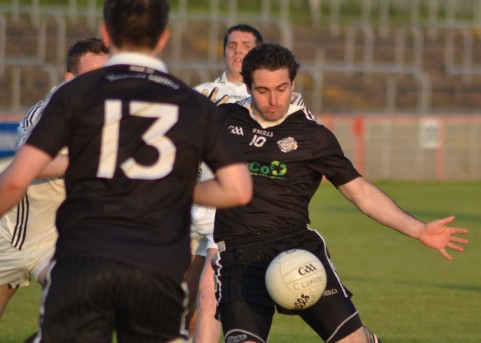