The Committee and members of St. Enda’s GAC extend their deepest sympathy to the family and friends of the late Mrs Mary McClements who sadly passed away on Monday morning. 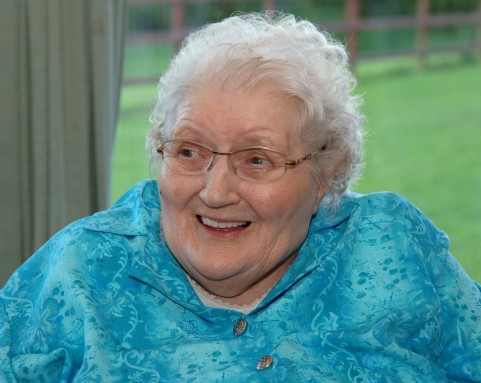 Aged 95, Mrs McClements who was affectionately known to many club members as ‘granny’, was a leading member of the club’s Ladies Committee in the 60s. 70s and 80s along with Mrs Healy, Mrs McGuigan, Mrs Keyes and the late Mrs Mulryan.

Formerly from Tober, Loughgiel, Co. Antrim, Mrs McClements and her family moved to Tyrone in 1953 when they set up home at Lislap Forestry Cottages near Gortin. Following the untimely death of her husband Dan in 1963 she then moved to Sunningdale in Omagh and soon became heavily involved with St. Enda’s, initially by assisting with making teas for club and Tyrone teams at the once famous Donnelly’s restaurant in the town and then with the annual St. Enda’s carnivals which were a major fund raising effort for the development of Healy Park.

She is the mother of club members Desmond, Eugene and Malachy and is also survived by son Raymond and daughters Margaret (Haigney), Geraldine (McGurk) and Pauline (McCrossan) and large family circle. She is predeceased by her husband Dan, sons Gerard and Noel and daugther Patricia (McCarney).

Her remains will leave her home at 33 Sunningdale, Omagh at 9.30am on Wednesday morning for 10am Requiem Mass in Sacred Heart Church, followed by burial in St. Mary’s cemetery, Knockmoyle.